The cuisine is mostly non-vegetarian and includes dishes made with pork, chicken, beef, and fish. The most popular dish is the smoked pork dish called ‘ngada’, which is served with rice. Other popular dishes include ‘chak-hao’, a rice dish cooked with fish, and ‘Kachin’, a chicken dish.

The people of Nagaland consume a lot of meat. The most popular meat dishes of Nagaland are smoked pork, chicken and beef. Locals used a lot of spices in their traditional cuisine. The most commonly used spices are ginger, garlic, chillies and turmeric. Let’s have a look at some of the popular recipes of Nagaland. 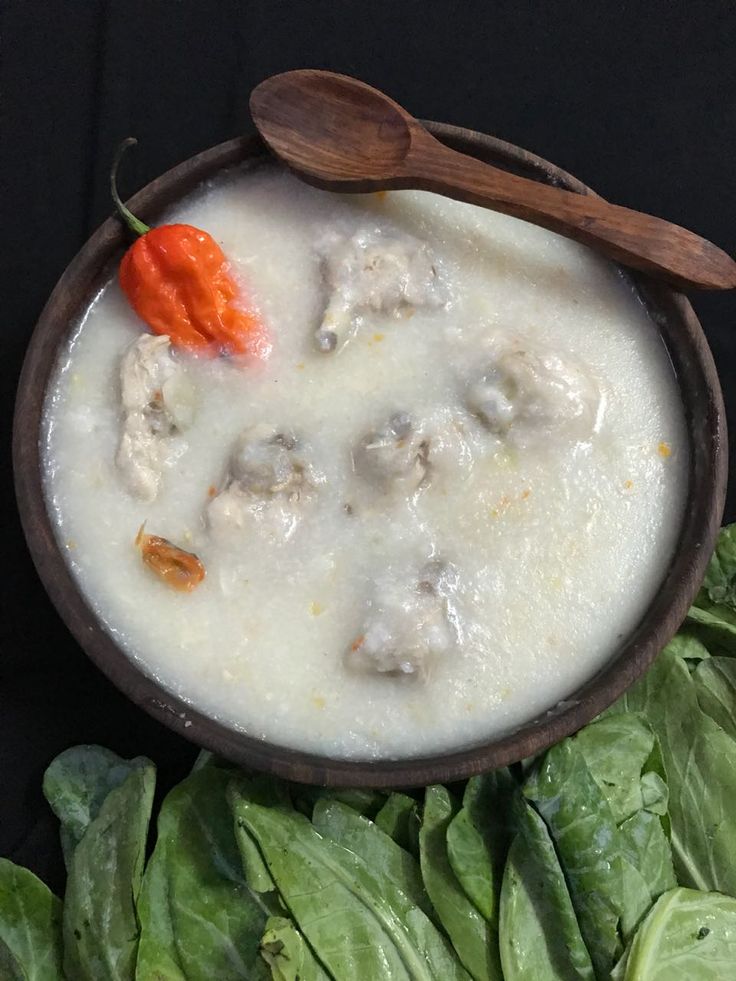 It is a famous rice porridge full of nutrients and protein. The traditional food of the Local Tribe in Nagaland, Amrusu is made with bamboo shoots and rice. In some cases, instead of bamboo shoots, dried fish, prawns and chicken is added. Spices are used less in Nagaland food. Most of the recipes are either steamed cooked or boiled. For preparing this dish, rice is left to soak for some time and chicken is boiled in bamboo juice. Then grounded rice is mixed with chicken, and then cooked with chillies & spices.

A non-vegetarian dish on this list, Samathu is famous among locals of Nagaland. The primary ingredient of this dish is pork meat. Influenced from the district of the Sema/Sumi tribe of Nagaland, it consists of smoky flavours with yummy spicy pork curry. Smoked pork is the real hero of this dish, which is cooked at low flames with other local spices. The bamboo shoot vinegar is added to add a distinct taste to it. It is often served with ginger chutney and rice.

Also called Akhuni, Axone is taken from the popular tribe of Nagaland. Strong aromas or deep smells are known to be Axone in Nagaland. In most Nagaland cuisine, this ingredient has been used. Axone is prepared for Soybeans, which is good for health and contains protein in appropriate amounts. It is a healthier paste using fresh soybeans and adding in many dishes to increase the taste.

Bamboo steamed fish, as the name implies, is ideal for fish lovers. To make this dish, you will need bamboo tubes to cook the fish properly. Before that, all you have to do is marinate the fish. Then, place it in a bamboo tube and use the smoke to cook the dish. This particular style of cooking based on smoke gives a unique taste to the food.

Yet another non-vegetarian delicacy of Nagaland, Akini Chakini Chokibo majorly contains snail meat. In Nagaland, Akini means perilla seeds, and chokibo refers to snails. Silam Plant is called perilla seeds that are cooked together snail. It is a signature food of Nagaland. At some times, fermented soybean and pork are added to this dish.

It is a spice-free Nagaland dish, where colocasia is the main ingredient of this dish. Colocasia and pork are very famous food ingredients used in most Nagaland cuisine. Aikibeye is easy and very simple to cook. Influenced by the Sema community, it is cooked by adding a minimum of oil in the same vessel and making gravy. After boiling, mustard leaves and salt are added to cook together. It can be served with non-vegetarian pickles and rice. In some forms of aikibeye, pork or bamboo shoots are included.

Bushmeat, as the name suggests, is a non-vegetarian cuisine. In the local Language, Bushmeat refers to dog meat. Nagaland is the only state in India where locals enjoy dog meat. Locals are fond in terms of non-vegetarian recipes, which contain chicken, beef, or bushmeat.

Galho is basically a Khichdi, popular among Nagaland people. But, it has its origin in Angami Tribe. This traditional food is made of green leaves, several veggies, rice, and meat & without meat. Fermented soybean also called axons is the primary ingredient of this dish. In some cases, fermented bamboo shoots are also added. All these ingredients are kept in a pot & cooked together with ginger garlic paste, salt, and chillies. It is eaten at dinner and lunch.

More than vegetarian food, non-vegetarian dishes are popular among the local people of Nagaland. So whenever you visit Nagaland, ensure you get the food you can eat.