Sikkim is the least populous state in India and the second-smallest state in the country. The predominant ethno linguistic group is the Lepchas, but there are also many Bhutia and Nepali speakers.

The traditional food of Sikkim is as diverse as its culture and geography. The staple diet of the people of Sikkim is rice, which is usually eaten with dal (a type of lentil soup) and vegetables. The most popular dish is the momo, a type of steamed dumpling that is filled with either meat or vegetables.

Sikkim is also home to some of the best Chinese food in India, as well as Tibetan dishes such as thukpa (a type of noodle soup) and tsampa (roasted barley flour).

The cuisine of Sikkim is a mix of Tibetan, Nepali and Indian cuisines. The use of chili peppers, ginger and garlic is very common. Traditional alcoholic drinks include chang (fermented barley beer) and tongba (hot fermented millet). 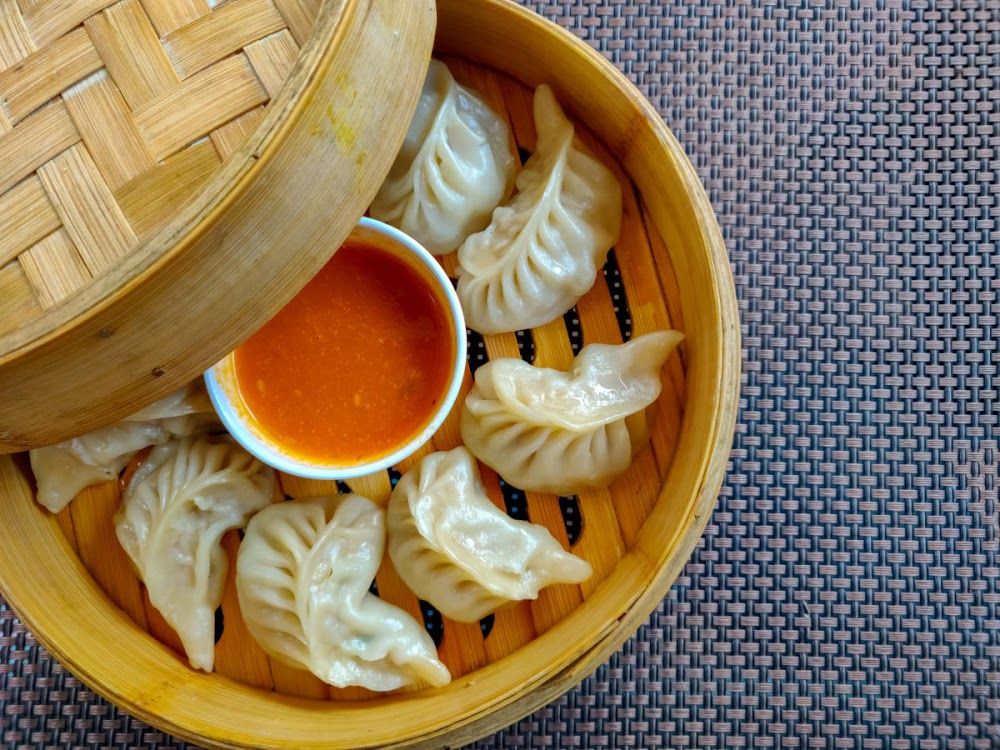 The people of Tibet consider momos to be their national dish. Momos, formerly popular only in Sikkim, have since spread across the country as a delicious snack sold in restaurants and street stalls alike. A Momo is dumplings made of flour dough and filled with various ingredients.

Plated with a spicy blend of sauces and herbs, it is cooked to tender perfection. This meal can also be prepared in sautéed or fried forms.

Fillings typically consist of meat, cheese, and veggies. The momos are steamed in a three-tiered contraption, and the bottom layer is typically filled with tomato soup so that the dumplings can absorb the soup’s taste.

It’s no surprise that Momos are one of Sikkim’s most well-known dishes outside of the region. Enjoy these delicious treats while you’re in Sikkim. This delicious cuisine with a local spin is a must if you’re planning a trip to Namchi.

This delicious Thukpa soup is a specialty of the eastern regions of Tibet. Among the many delicious options available in Sikkim, Thukpa stands out as the undisputed king of the streets. This fantastic delicacy can be found on the menus of virtually every establishment in the state, not just the roadside carts.

Spicy and tangy notes are brought out by the green chilies, as well as the garlic and chopped onion in the noodle soup. Both vegetarian & non-vegetarian options are available for this dish.

The former would include things like shredded and chopped veggies, while the latter would feature things like red meat plus boiled or poached eggs. Indulge in this delicious specialty while in Sikkim.

Thenthuk, a noodle soup, is a specialty of Sikkim. It is made with veggies, chicken, mutton, and wheat flour. Vegetarians can enjoy Thenthuk made using vegetarian ingredients. Little bits of dough are added to a soup made of vegetables, chicken, or both and both are simmered together. A typical Sikkimese dinner features this dish.

Khapse are a type of deep-fried pastry that can be either sweet or salty. It is traditionally served at Tibetan weddings and other festive gatherings. In order to make these more appetizing, the dough is molded into various forms, and sometimes dyes are added.

It’s no surprise that the Sikkimese staple dish of Dal Bhaat has become popular across much of Nepal, Bangladesh, & India. You can think of it as a cross between a bowl of lentil soup and a bowl of boiling rice. This dish is known as Dal Chaawal in several regions of India.

Dal Bhaat is a staple dish in the diets of most Sikkimese. Lentil soup can have a variety of localised variations, with just salt, turmeric, as well as a touch of spice being constant throughout all preparations.

Many people find that the combination of boiled rice plus lentil soup is the ultimate comfort food. Daal Bhaat is a great option if you’re trying to eat healthfully while keeping things simple.

Wachipa is a staple dish of the Kirat Rai culture and a staple of traditional Sikkim cuisine. The powder is made by grinding up the charred remains of chicken feathers and is then mixed with cooked rice and chopped chicken. The powder is now noticeably bitter due to this process

In most restaurants, Potato Curry is served with Sael Roti, a fried bread. Water and rice are ground into a paste for its preparation. Finally, it goes into a pot of heated oil to be deep-fried till golden and crisp.

Although the dish is thought to have originated in Nepal or Tibet, its popularity in the Indian state of Sikkim has increased its exposure to the world. While on vacation in Sikkim, indulge your taste buds with this wonderful and savory cuisine.

While visiting this amazing region of India, don’t forget to sample some of the delicious local cuisine. Throughout the state of Sikkim, there are countless unique dishes to try out.