If you’re looking for a new culinary adventure, look no further than Uttar Pradesh. The food includes such staples as chat, kebabs, samosas, and ras malai. Cooking in a handi, an earthen pot, can take as long as 3 days over a low, steady fire. Cooking in this manner can take quite some time, but the results are wonderful and quite well worth the hassle.

Dum Pukht, a style of food popularized by the Nawabs of Lucknow’s bawarchis (royal chefs), was first developed by them. Slow cooking over a low flame concentrates the food’s savory, earthy, and spicy flavors. The cuisine of Lucknow can only be made in this particular way. 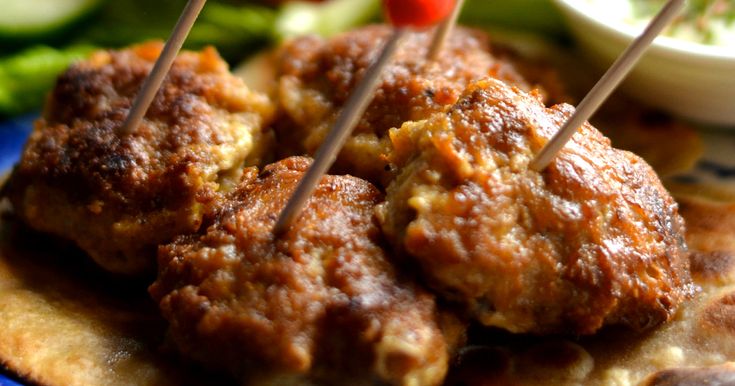 Lucknow’s famed Tunday kebabs are known for their soft texture and delicious flavour. These kebabs have a flavour all their own thanks to the combination of lamb and buffalo meat with much more than a hundred different spices. The Tunday Kebab has been around since the 17th century. The Nawab, who had lost many teeth from old age, was desperate for some of his favourite Kebabs but could no longer eat them.

As a result, the Nawab decided to host a competition for chefs. The goal of the competition was to make a kebab it would be so tender that the Nawab could eat it without any difficulty while yet maintaining its outstanding flavor. Many chefs from different parts of India tried, but they were ultimately unsuccessful. But then, one day, cook Hajid Murad Ali prepared a kebab so delicious that even the Nawab was impressed.

The ultimate goal of any self-respecting foodie should be to try these kebabs, which serve as a foundational dish in Awadhi cuisine. Delicious minced meat kebabs seasoned with a range of herbs and spices make up this dish. The kebabs melt in your mouth and make you want more immediately. In the period of the nawabs, Galawati Kebabs were a royal delicacy.

Paratha is a type of flatbread, and it is typically eaten with a rich meat curry, such as mutton or chicken. The Lucknow restaurant Rahim’s has been open since over 120 years & also is thriving. Kulcha-Nihari is a staple in Lucknow and a must-try for anyone looking for a new favourite meal.

Lucknawi Biryani is a popular dish across the country, and it is made with a variety of exotic ingredients such cashew nut puree, saffron, yogurt, mace powder, & star anise. This flagship dish, made with mutton or chicken, is essential to every meal of Awadhi origin.

The residents of Uttar Pradesh east favored this dish above all others. Round wheat baati and chokha (mashed potatoes, brinjal, and tomatoes) make up this traditional dish. This dish goes great with chaat masala, green chutney, and desi ghee. Baked in mud ovens, the battis take on a distinctive flavor and scent.

The egg is packed with mutton keema before being deep-fried to create the Nargisi Kofta, a mutton ball gravy. The gravy gets its distinctive flavor from a combination of chopped tomatoes, dry fruit paste, and caramelized onions. As an Iftar staple, it is traditionally made during the holy month of Ramadan. If you haven’t had this dish before, you’re missing out.

Sheermal is a kind of sweet naan that’s traditionally served with plenty of butter & honey. This is unquestionably one of the most luxurious and delicious sweets in all of Lucknow. This meal was introduced to India by the invading Persians, yet its roots are in Iran.

A typical treat enjoyed throughout the summer that transports us back to our youth. Vermicelli noodle, passion fruit seed, rose syrup, and dried fruits are some of the ingredients that go into making a Kulfi Falooda. The greatest spot to get a kulfi falooda in Lucknow can be found at Prakash ki Kulfi, located in the heart of the city’s Chandni Chowk district in the popular Aminabad neighborhood.

Ladyfingers are fried till crisp and then dipped into a curry made with yoghurt and a variety of spices. Genuine Awadhi food is loved by everybody. This recipe is both nutritious and delicious.

This dish hails from Uttar Pradesh and is known for its sweetness. It’s a maida puri that’s been deep fried and doused with sugar syrup scented with cardamom. Dry fruits & chandi vark are used as ornaments. This dish’s invigorating aroma and flavor will brighten anyone’s day.

Cultures and cuisines from all over the world come together in Uttar Pradesh. Visit Varanasi, Rampur, and Kanpur and give your taste buds a vacation by trying the local cuisine. So, my question is, “Why the delay?” Try some royal fare from Uttar Pradesh.