The capital of Bangalore, Karnataka, is situated in the southwestern region of India. It has extensive development in literature, agriculture, education, infrastructure, travel and tourism. Karnataka also has a great influence on technology and development. While the lush green forests cover the entire state, and the enchanting views make it a favourite place to visit.

In many areas of the state, historical structures and artefacts reside, attracting the attention of the curious mind. The state is a perfect blend of globalisation and the traditional touch of India. There are so many facts to know about Karnataka that will amaze you.

Talking about the culture and food of Karnataka, the variety of cuisine of Karnataka has been inspired by its neighbouring states like Andhra Pradesh, Kerala, Maharashtra and Tamil Nadu. This means the cooking style and taste vary from North Karnataka to South Karnataka. Let’s talk more about traditional and popular food available in Karnataka:

List of traditional Karnataka food that is a must-try: 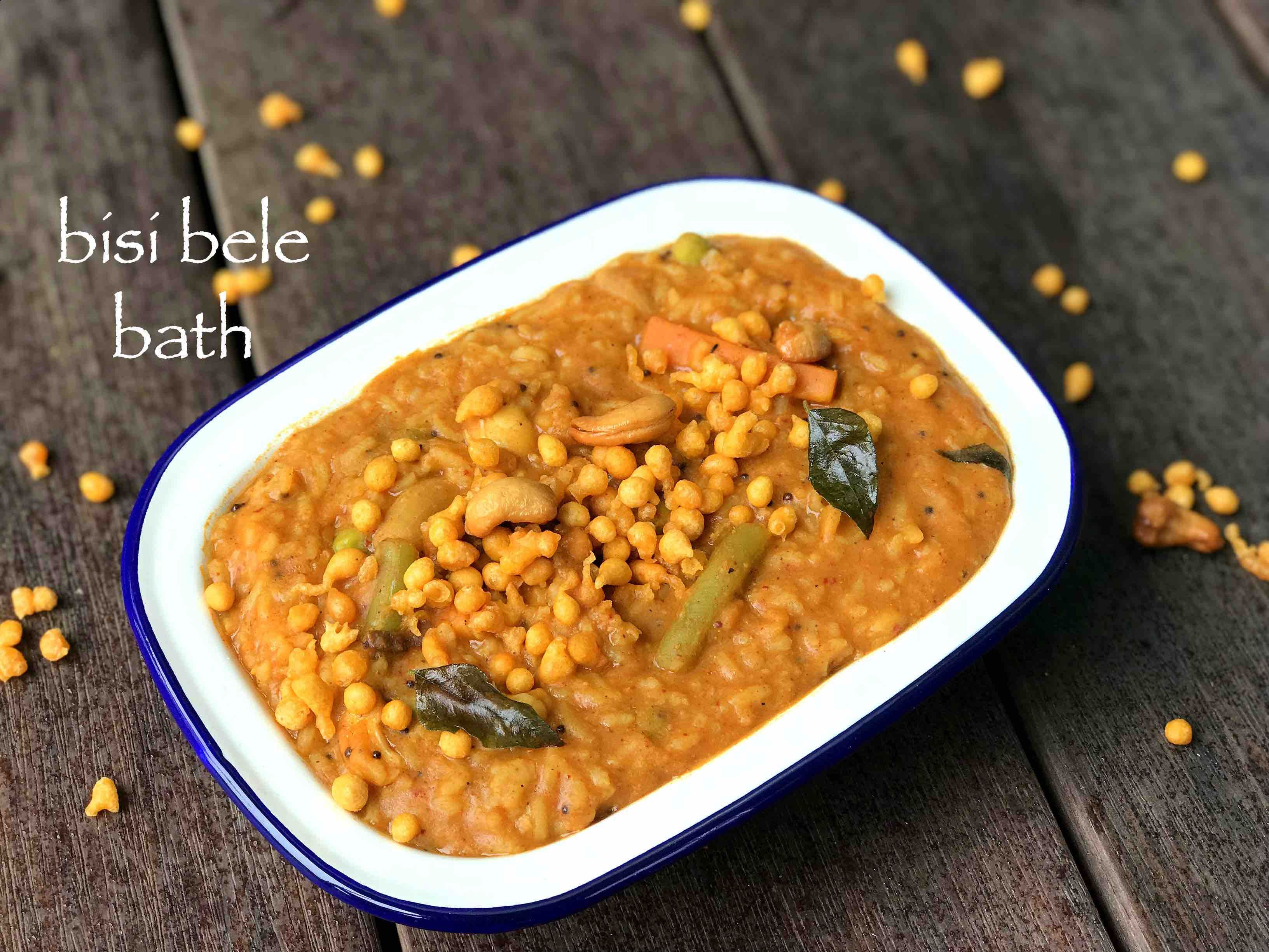 In most households in Karnataka, Bisi Bele Snan is cooked regularly. Bisi means hot, and bele means lentils. This authentic traditional meal contains ingredients, including vegetables, rice, lentils, and spices. This dish is totally free of garlic and onions. This dish is served in most of the tiffin centers in Karnataka. It is also known as sour rice in some parts of the state. It is usually made with ghee and always served hot.

Also known as Mangalorean Chicken Curry, the korri gassy dish belongs to the Bunt community. In Karnataka, kori gassi means chicken and gassi, respectively. The dish is prepared by cooking with finely diced chicken pieces, lightly sweetened with grated coconut. Then, it is cooked with several spices to enhance the taste and flavour of this dish. Kori gassi is usually served as a side dish with minced chicken, called kori ajadina. You can also serve it with rice wafers, dosa or rice.

Dosa is a popular food in different parts of South India. Benne Dosa is a typical dish of Davangere, a town in central Karnataka. Benne in Kannada means butter, which means butter dosa. It is considered a soft, butter-like, delicious, crunchy and aromatic dosa. Key ingredients like urad dal and puffed rice are required for making Davangere Ben Dosa. It is often served with aloo playa, a stuffing consisting of mashed potatoes and coconut chutney. It gives you the nutty and remarkable taste that you crave again and again.

The list of traditional food of Karnataka also includes Thatte Idli, which is a famous snack all over the country. But, basically, it is from Karnataka. Thatte in Kannada means plate. This recipe is generally similar to two to three normal idlis. But it is more porous and fluffy in terms of texture and consistency. In Karnataka, the idli is served with green, red chutney or sambar.

Kesari Bath or Rava Kesar is prepared from semolina or semolina, saffron, water, ghee, milk, dry fruits, and sugar. A treasure and popular sweet of Karnataka, Kesari Bath is famous in the northern part of India and known as Jonadula Halwa. Orange-coloured, this delicious dessert is made with saffron which is garnished during the cooking process. It is often served to Hindu deities during pujas or festivals.

One of the unique cuisines from North Karnataka Kitchen, Dharwad Peda is prepared of sweetened and caramelized khoya. The dish is incomplete without Buffalo’s milk. As a coating, the powdered sugar is sprinkled over it. Being a sweetened dish, it is served during the occasion and festivals in North Karnataka.

Biryani is popular not only in Karnataka but all over the country. But, the style of cooking and cuisine may vary from place to place. Mangalorean biryani is the most popular among the different types of biryani, as it is made from delicious saffron rice with spicy chicken or mutton. The main ingredient of Mangalorean Biryani that makes it delicious is the spices used in it. Popular spices include ginger, cloves, cardamom, cumin, garlic, cayenne pepper, fennel, and coriander seeds.

Also known as Maddur Vade, it is a perfect tea time fritter type snack or breakfast prepared from rice flour, whole wheat, semolina, green chillies, semolina, curry leaves, and onions. It is often served with tomato chutney or coconut chutney. These Vadas have a round shape and are large compared to the other snacks.

Puff pastry from Karnataka is a famous dessert often served during festivals. In Telangana, the recipe is also known as Peni or Pheni. The ingredients used to prepare Chiroti include rice flour, ghee, and maida.

After reading the list of traditional food, you must understand that the key ingredients commonly found in Karnataka cuisine include semolina, urad dal, jowar, ragi, rice and palm jaggery.