Ingredients like tamarind, sesame seed, red chilies, and asafetida are commonly utilized in both vegetarian and non-vegetarian meals throughout Telangana. Roselle is a common ingredient in many different kinds of pickles and curries.

According to our sources, whereas rice is more popular in Andhra Pradesh, residents of Telangana prefer millet bread/roti. The city of Hyderabad, which serves as the capital of both Andhra Pradesh and Telangana, is famous for its biryanis & Karachi cookies. However, there is a lot more to Telangana cuisine than what the rest of us know. 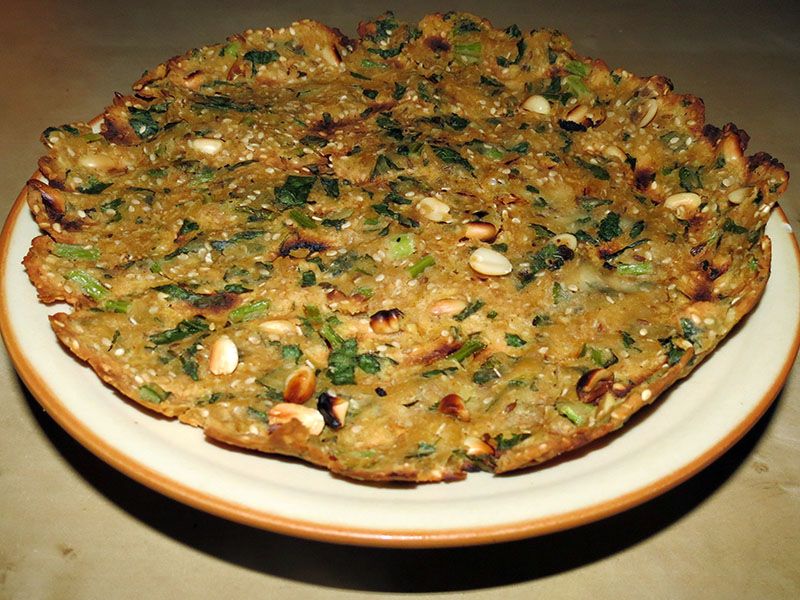 Sarva Pindi is indeed a fantastic option for a good breakfast or snack because it is prepared with at minimum one ingredient from each of the five dietary groups. The ingredients for this savory pancake are simple: rice flour, chickpea dal, peanuts, and chilli.

To maintain the integrity of the dish, it is necessary to poke holes in the flattened out dough combination before cooking it in a shallow, round pan. Given its method of preparation, it is also known as Ginne Appa.

Those extra chapathis, what can you do with them? Have that with sabji the next day after reheating it? Is it possible that leftover chapathis can be repurposed into something that is not only healthful and pleasant, but also serves a practical purpose? As Indians, we are accustomed to making do with what we have, and this meal is a perfect example of that mentality. Malidalu is prepared by rolling pieces of chapathi with a mixture of jaggery, cashews, pista, and ghee. After a meal, if you’re seeking something sweet, this is the healthiest option because it’s packed with nutrients.

The Indians have perfected the saginalu grub, also known as murkku, chakli, etc., over the ages in different regions of the country. However, Sakinalu is distinct from the aforementioned products despite their preparation being identical.

It’s a simple snack that doesn’t require much effort to make thanks to its two main ingredients—rice and sesame seeds. It is traditionally prepared for the Sankranti celebration or as a wedding gift.

Garijalu, also known as Kajjikaya, features a crisp shell with a filling of dried grated coconut, sugar, and cardamom. As can be seen, it is deep-fried, and its shape is reminiscent of the Maharashtrian dessert known as Karanji.

After filling, the crispy maida shell is folded into half moon shapes. Telangana residents have been producing Garijalu for decades, despite the fact that the dish’s origin is a mystery and that it is often found in many different parts of India.

If you’re too unwell to prepare breakfast or you just don’t feel like making the whole procedure of cooking Rasam, Pachi Pulusu is here to save the day. Pachi Pulusu, in contrast to Rasam, requires relatively little “cooking,” with the gas being used mostly to adjust the flavoring.

Ingredients are what they share in common. Tamarind, which must be boiled for the rasam, merely needs to be steeped in room temperature water for this recipe. The dish’s ease of preparation is a great boon to our laziness when it comes to eating well.

At last, a meat-based option for the carnivores among us! Golichina, a word of Telugu origin, means “fried” in a crude translation. This meal, typical of Telangana, features tender pieces of mutton braised in rich gravy made from a blend of spices grown in the region.

The meat is cooked in a slow cooker for several hours to allow it to fully absorb the curry’s flavor. It goes well with rice, dosa, and chapathis.

The Nizams of Hyderabad had a significant role in elevating the status of Hyderabadi Biryani to that of one of India’s crown jewels in the culinary world. They come in two varieties: Kachche gosht ki biryani & Pakki biryani.

Layers of rice and meat marinade are baked in a large handi; the handi is coated with a thin layer of dough that puffs up as it cooks. The biryani has developed over the long years to appeal to a wide variety of palates, with both a traditional and a vegetarian version available.

Chegodilu is indeed a crunchy snack that is often served with tea and is difficult to put down once you start eating on it. This deep-fried snack’s distinguishing characteristic is toasted sesame seeds, which lend a nutty flavor that pairs nicely with the slight spiciness.

Polelu, an ultrathin flattened Indian bread stuffed with jaggery, chickpea dal, cardamom powder, and ghee, is a staple food during celebrations such as Ganesh Chathurthi. You can find it in plastic bags at candy stores or make it yourself in a snap.

Some of these dishes may be found elsewhere in India, but their true origins may be traced back to Telangana. So, swap out the biryani for a dish that more closely reflects the culture of Telangana every once in a while.