You can add a twist with a variety of vibrant colours and contrasting shades of red, indigo, orange and yellow.The people of Punjab have a jovial and upscale nature and the best way to define them is to know about their heritage, customs and rich culture. Additionally, the traditional dress of Punjab for both women and men has obvious an evolving trend of modern & traditional blend. Here we are going to describe in-depth the traditional dress of the people of Punjab.

Traditional dress of men in Punjab: 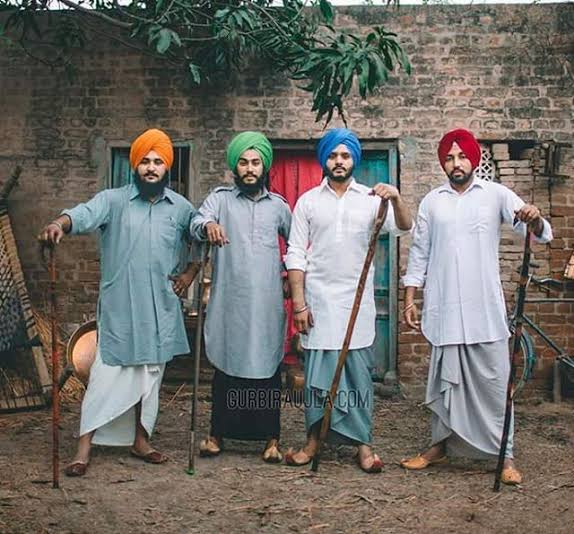 The following are some popular dresses of men in Punjab:

Jama is a traditional dress of men in Punjab that was worn during the Mughal rule. This piece of fabric is flared, similar to a skirt at the knees, and is tight to the chest.It is teamed with a headgear/turban which signifies royalty.You will also look for women wearing Jama with tight-fitting pyjamas. Punjab traditional dresses are extremely comfortable.

The Kurta Pyjama is another traditional dress that consists of baggy pants and a long shirt. These kurtas typically have long sleeves and have slits on both sides while the pyjama has a string to tie. It often comes in a wide range of designs and styles and is worn as casual wear.

Turban, also known as Pag is headgear worn by Sikhs and is available in various colours. Sikhs is used Pag/dastar/Turban to cover their long hair.

Traditional dress of women in Punjab: 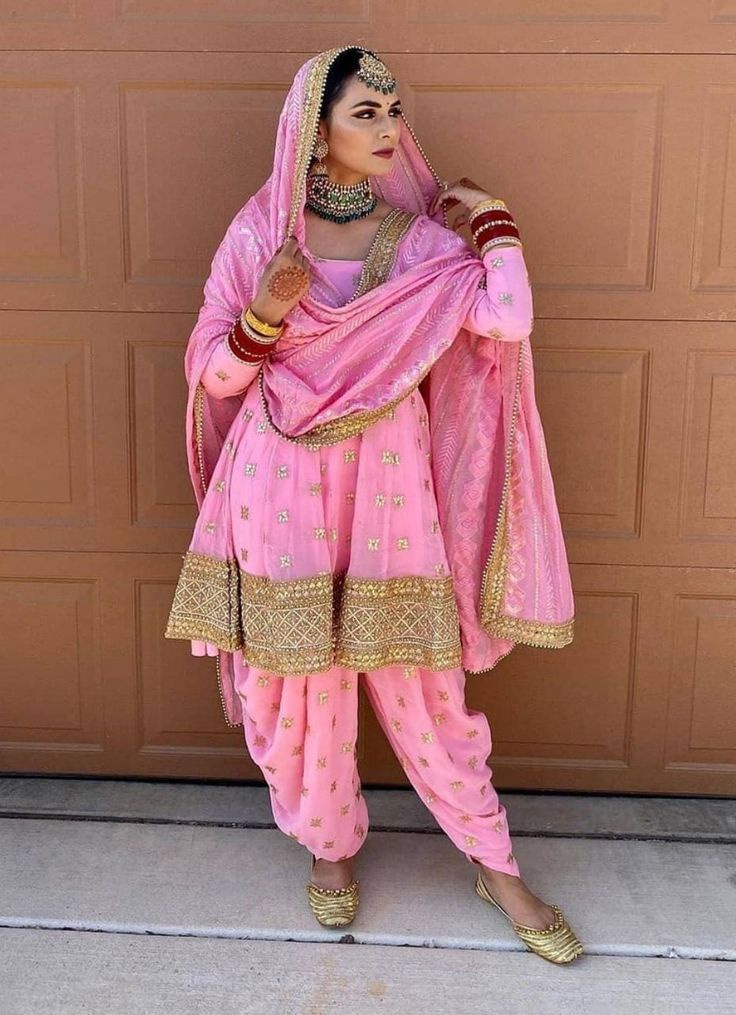 Phulkari refers to flower craft and is evocative of the floral legacy of Punjab. This costume contains various bright colours which are embroidered perfectly. This traditional dress of Punjab is embellished by the female of all classes and ages. It can be worn in clothes like lehengas, shawls, kurtas, and suits. The details of Phulkari and eye-catching blends of colours are perfect for all functions, weddings, and festivals.

This traditional dress of Punjab consists of pleated & baggy trousers, kurtas and Chunni/ Dupatta.This dress is extremely popular among women from different regions of Punjab and other states. It is super comfortable to wear.

Punjabi Ghagra comprises four-piece costumes which are usually worn during the popular folk dance Giddha. The complete dress is very colourful and pretty.

The costumes of Punjab are an amalgamation of comfort, vibrant colours and beauty that indicates victory and unity. The costumes worn by the people of Punjab are perfect for occasions like Vaisakhi, Tiyan, Lohri, Holi, and Guru Nanak Jayanti etc.